To the drawing board: donuts, stacks and nets

This post documents the outcomes of the breakout group that worked on drawing visual metaphors for the reframing (Judith, Marleen, Alek, Aral).

The Doughnut economy model, together with its visuals, remains for us a point of reference for succesful policy framing. We like the way in which this model presents a completely new way to look at society and economy, while retaining the idea of the market as a constituent part. We like it also for the fact that it explicitly includes the commons as an element on par with the market. Finally, we appreciate its strong visual metaphors, based around the concept of a doughnut. 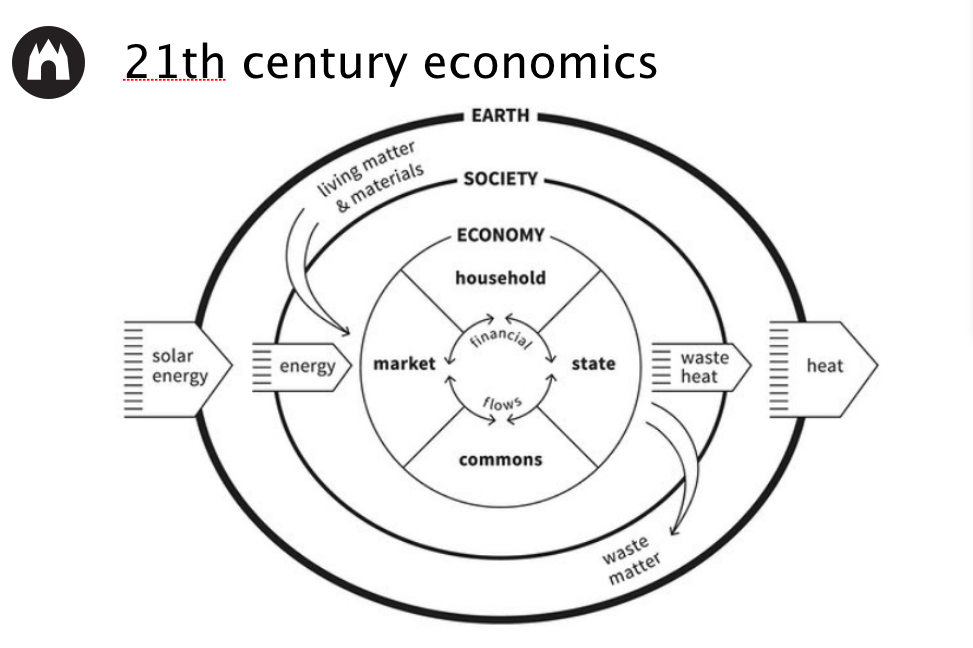 In our session, Aral Balkan presented a simple graphic that visually illustrates possible forms of (de)centralization of communication. 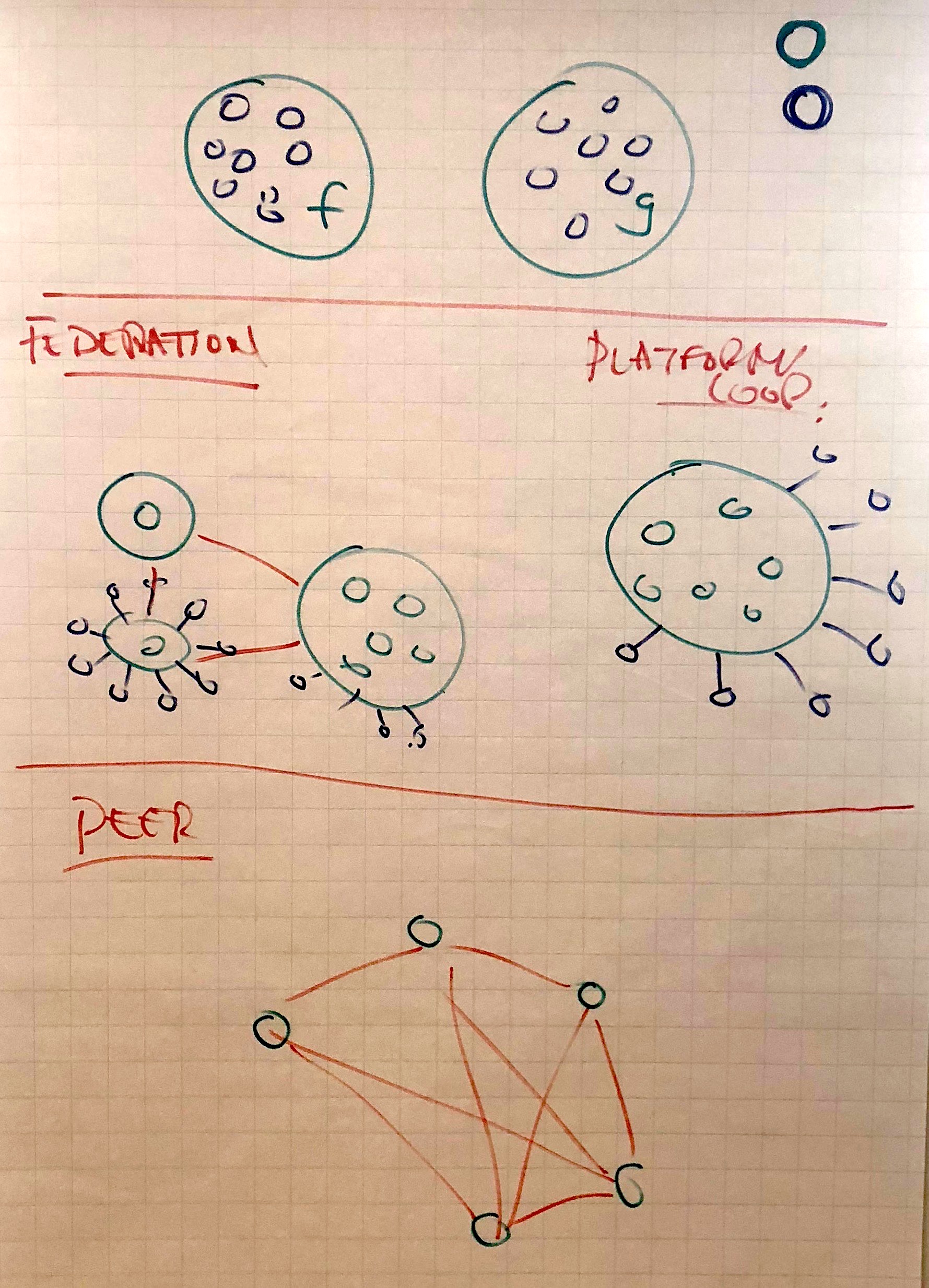 We have been working with an implementaton of the stack metaphor developed by Waag during the Public Stack Summit. The stack metaphor has been used to present a layered view of technological systems, and more broadly of the society - in order to describe, for example, appropriate regulation of different levels / layers of the stack.

The stack metaphor can be used to describe in more detail the new digital policy frame - by demonstrating changes occurring at different levels of the stack.

Nathan Schneider: “Keep The Internet Public. The Market Will Thank Us Later”

Nathan Schneider on Interoperability and Public Civic Space: “Keep The Internet Public. The Market Will Thank Us Later”... read more